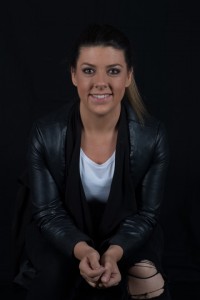 Ebony Kay is an experienced multi-award winning Makeup and FX Artist and Educator based in Melbourne, Australia.

Ebony commenced her makeup career in the arts and fashion industry. Combining her love and background in fine arts with the stage, Ebony has worked on many runway shows and productions such as Melbourne Spring Fashion Week, the Australian Ballet and Melbourne Fringe Festival.

Working for several years, Ebony gained a vast array of experience and knowledge in prosthetic manufacturing and headed up the makeup department on various films.
In 2015, along with FX Artist Ali Knapton, she co-created Melbourne based prosthetics studio, Australian FX Studio. It is here that Ebony and Ali produce state of the art prosthetics and props for the film and television industries.

Ebony was the winner of Kryolan Professional Cosmetics ‘Global Face Art’ Award sending her to Dubai in May of 2014. She was awarded final five in the Dick Smith ‘Legends of Makeup Award’ 2011 receiving a scholarship for specialised makeup training in Los Angeles USA and also placed 2nd in the International Makeup Artist Trade Show Beauty/Fantasy Competition 2010 in Sydney, Australia.

Her skills are but not limited to: